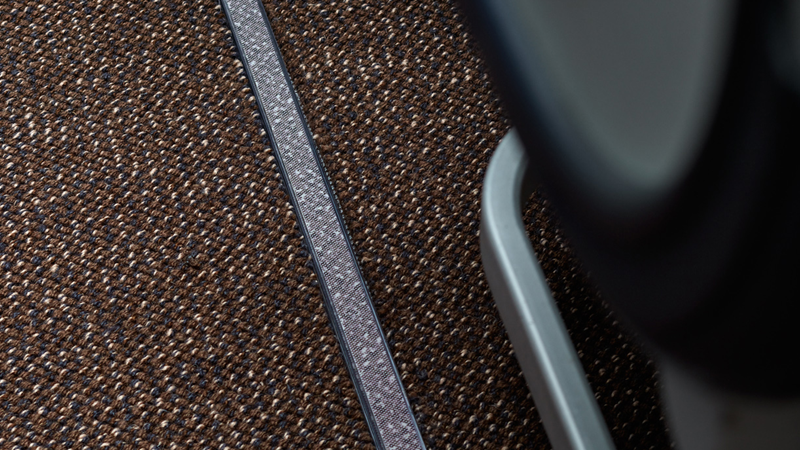 The first 737 aircraft will be delivered from Boeing in June 2017, and the first retrofit kits have already been dispatched to China Eastern.

saf-Tglo® is the market leading photoluminescent emergency floor path marking system, fitted to in excess of 11,000 aircraft worldwide and is the system of choice for almost every major aircraft manufacturer.  Maintenance free and with no life limit, saf-Tglo® SSUL is the next-generation photoluminescent system providing the lightest, narrowest and most discrete solution of its type available.

PatternMatch™ is the first photoluminescent system to exactly match the colour and pattern of the carpet, making it virtually invisible under normal daylight conditions and the optimal choice to perfectly compliment the aircraft cabin.  Only in the event of a lighting system failure does the system glow in the same way as the standard system to perform its function of illuminating the path to the exits.  PatternMatch™ is available either with a standard “green” glow, or alternatively with STG Aerospace’s unique blue-glowing system.

Mr. Fang Zhaoya, the Vice President of Eastern Airlines Technic Co., Ltd. commented “It is our goal to provide the best possible cabin environment for our passengers and as soon as we saw PatternMatch™ we knew we wanted to incorporate it into our 737 cabin upgrade programme.  Because we could also choose it for our new aircraft orders from Boeing, we achieved our aim of a consistent brand feel across new and existing aircraft.”

STG Aerospace Sales and Marketing Director, Marcus Williams, added “We love it when a long-term customer like China Eastern Airlines places their trust in us to support such a prestigious cabin upgrade programme, and PatternMatch™ will deliver the customer’s goal of a discrete but safe solution to emergency exit guidance. Their decision is a validation of their trust in STG Aerospace and further evidence that our product development is truly meeting Chinese customer needs.”

In 2015, STG Aerospace launched STG Aerospace (China) Co., Ltd. in Shanghai. In addition to supporting the company’s existing customers in the country, this Wholly Foreign Owned Enterprise is also working with the local aviation industry to tailor STG Aerospace products to the region’s specific requirements.