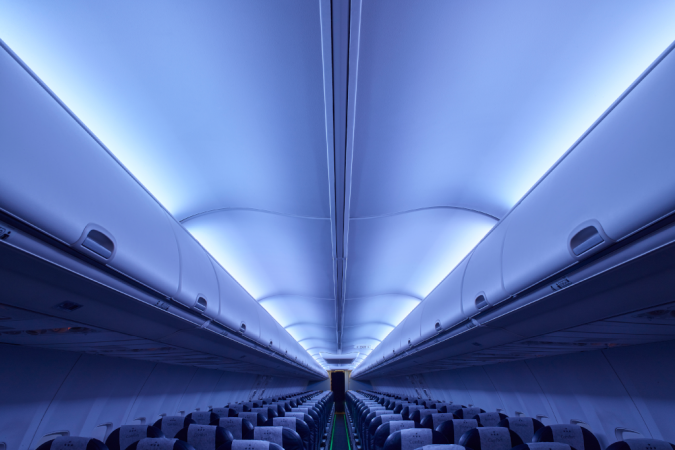 With installations completed across its fleet of Boeing 737-800 aircraft at the end of 2018, Jeju Air is already experiencing the unique branding and customer satisfaction benefits the system delivers, together with the market-leading operational cost savings such as reliability and weight savings.

Marcus Williams, STG Aerospace’s director of global sales, said: “Jeju Air is one of Asia's fastest growing and most profitable LCCs. We are proud to welcome them to the family of airlines flying with our liTeMood® LED lighting system.”

Jeju Air was the first South Korean low-cost airline to be founded in 2005 and is a founder member of the Value Alliance, the world's first pan-regional LCC alliance comprising eight Asia Pacific LCCs. Since then it has expanded fast to carry over 60 million passengers in 2017 to meet customers’ demand for reasonable fares and continues to bring innovation to the industry. Jeju Air operates the world’s busiest route, Gimpo to Jeju, and more than 58 routes to other major Asian cities in Japan, China, the Philippines, Thailand and Vietnam.

STG Aerospace is the leading manufacturer of aftermarket LED lighting systems, with more airline installations than every other supplier combined. It counts leading European, US and Asian carriers in its install base, from ultra LCCs to charter airlines, VIP configurations, and significant international flag carriers. liTeMood® is currently available and EASA- and FAA-certified for the complete range of B737 aircraft, Boeing 757 aircraft and the Airbus A320 Family, A330 aircraft and A340 aircraft.