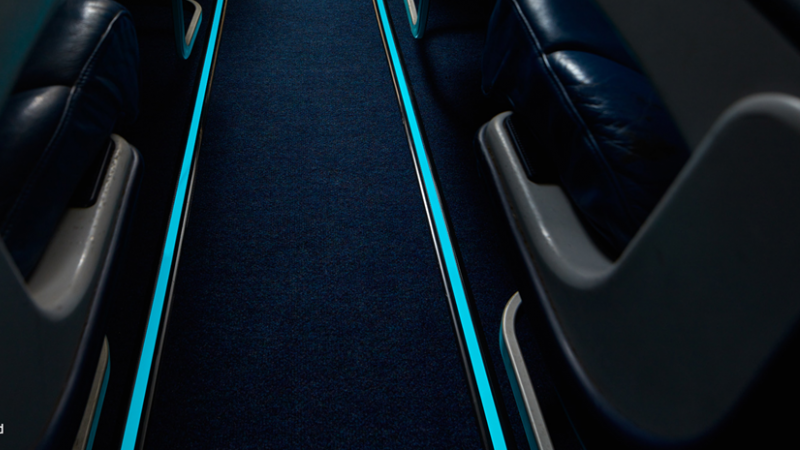 Since its launch at the end of 2016, saf-Tglo® blu has already been awarded the prestigious title of ‘Best Cabin Innovation’ of 2016 by APEX, gained FAA and EASA approval across the majority of Boeing, Airbus and Embraer aircraft types and been retrofitted with several major airlines, including one of the world’s largest low-cost carriers as well as a major Boeing 777 operator.  Furthermore, STG Aerospace is delighted to announce that it is soon to be added to the options catalogue for major OEM programs.

Icelandair has already installed STG Aerospace’s green-glowing SSUL system across its Boeing 757 and 767 fleets, and its decision to install the latest evolution of saf-Tglo® on its latest fleet to enter service at the end of 2017 shows the airline’s commitment to deliver the highest possible standard of cabin experience to its passengers.

Sigurður Ingi Ljótsson, Icelandair’s Industrial Designer, commented: “We are excited to be installing such a new and innovative product that will help us improve even further the passenger experience on our newest incoming fleet, the Boeing 737MAX. saf-Tglo® improves the appearance of the cabin, has proven to be highly reliable and will provide Icelandair with cost savings compared to electrical alternatives.”

Marcus Williams, Global Sales and Marketing Director at STG Aerospace added: “It is great when an airline so renowned for delivering innovative and exceptional passenger experience chooses our latest generation solutions for their latest aircraft fleet.  saf-Tglo® blu shows that you can combine a critical safety system with something that can enhance your brand.”

Based on the proven technology of the original and market-leading saf-Tglo® photoluminescent range, the unique and patented design of saf-Tglo® blu shifts away from the traditional green glow to an aesthetically pleasing blue glow that beautifully bridges the gap between critical safety performance and cabin aesthetics.

Visitors to the STG Aerospace stand at Aircraft Interiors Expo in Hamburg between the 4th- 6th April will be able to experience saf-Tglo® blu inside its 737 cabin simulator.