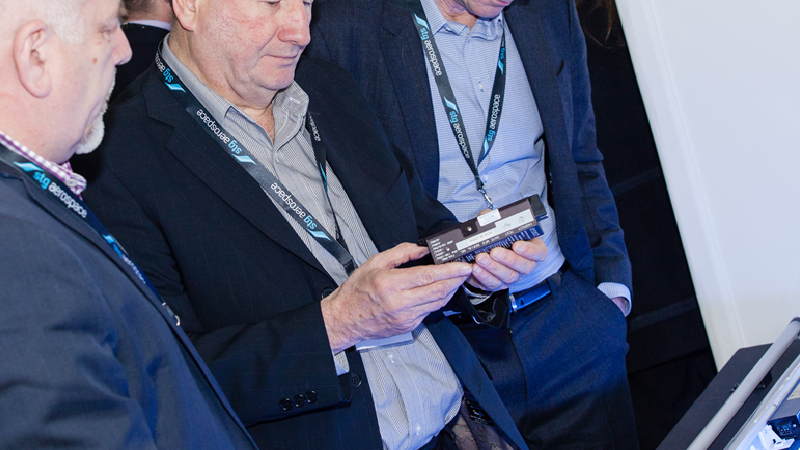 Visitors, including customers and suppliers as well as academics engaged in joint research projects and other invited guests, were given a tour of the company’s facility where the company has already created 36 jobs since it was first opened in 2015.

The tour also included demonstrations of the latest product developments from STG Aerospace. These included the company’s new LED reading light, part of its liTeMood® range which, with its patented square light pattern, minimises the light spill onto neighbouring seats and helps give passengers a sense of control over their own environment. Also being demonstrated was saf-Tglo® blu, the world's first ever blue-glowing photoluminescent emergency floorpath marking system which creates a more calming ambience and has already won a prestigious APEX Award for Best Cabin Innovation.

At the Open Day, there were speeches from Harriet Wollerton, Aerospace Operations & Business Development Manager at ADS, the trade body for the UK aerospace, defence, security and space industries, and from John Whalley, Chief Executive of Aerospace Wales, a trade association for all companies operating in the country.

"STG Aerospace is a recognised market leader in its field and has a quite remarkable global reach, exporting worldwide with its products acknowledged as industry standards. This is a considerable achievement and STG Aerospace is a very welcome addition to the dynamic aerospace sector we have in Wales.

"I am delighted Welsh Government support helped the company establish its new centre in Wales and that it has created significantly more jobs than was originally anticipated which is great news.

"Today marks an important date in STG Aerospace's business calendar as it marks the completion of its first major strategic investment and enhanced capabilities and I wish the company every success in the future."

The STG Aerospace Innovation & Engineering Centre is equipped with a goniophotometer, used for measuring the size, space and shape that lighting takes up, and an integrating sphere which is used to analyse colour. The Centre also has two sections of aircraft, a Boeing and an Airbus, used to visualise how new products will actually work when in service. In addition, there is a Chemistry Laboratory and a Flammability Laboratory.

“We were delighted to have this opportunity to demonstrate the full extent of our research and development facilities to so many important guests”, said Nigel Duncan, CEO at STG Aerospace. “Being at the cutting edge of research into how lighting affects people, physiologically and psychologically, is central to our product development philosophy.”

STG Aerospace's success and rapid growth is reflected by a range of global patents and the number of major industry awards it has received, including winning the Queen's Award for Enterprise on four separate occasions.

Its Innovation & Engineering Centre in Brecon House on Llantarnam Industrial Park has an extensive R&D facility that includes a state of the art lighting laboratories and simulations of 737 and A320 aircraft.